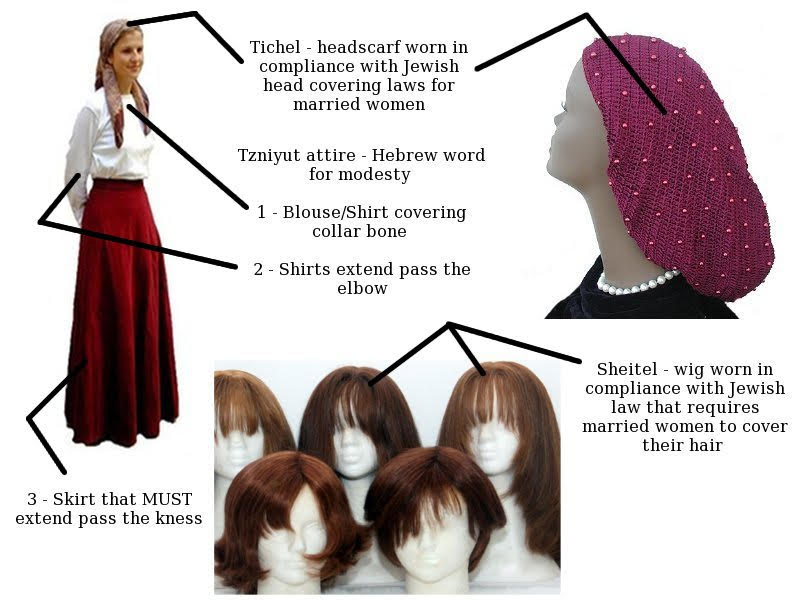 Normally speaking, Jewish wigs is the top quality wigs in the market, because sheitel is not only a wig for fashion,  it’s meaningful for married Orthodox Jewish women.

Orthodox Jewish women wear wigs as a symbol of modesty. The Talmud, Judaism’s main text, expostulates that women’s hair is suggestive of sensuality. As a result, upon marriage, many Jewish women take to covering their hair in public. Because the Talmud also advocates that women take care of their appearance, Jewish women may choose to wear wigs instead of scarves to appear more polished and elegant.

A number of women have elevated finding the perfect wig into an art form. If they have the means, they might pay as much as $2,000 for a wig made of real human hair. They will also hand over an additional several hundred dollars to have it cut into a natural style.

Some have argued that wearing a wig defeats the purpose of striving for modesty. “When the practice of wearing a wig first emerged, there was quite a protest,” said Rabbi Rafael Grossman, as quoted in The New York Times. But the Halakha, or Jewish law, only advises women to cover their hair; it does not specify how.

In medieval times, Jewish women would shave their hair upon marriage and cover their heads with shawls. Today, Hasidic Jews still follow this practice, but many women simply pin their hair up underneath a wig.

Today, many wigs used by Jewish women come with kosher certification, indicating that they are not made with hair originating from rituals deemed to be idolatrous.[4]  ~wiki

For this reason, Jewish Orthodox Kosher Human Hair Wigs must meet the highest standard of purity and craftsmanship to respect the wearer’s religion.